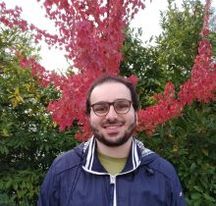 General Relativity (GR) is consistent with a wide range of experiments/observations from millimeter scales up to galactic scales and beyond. However, there are reasons to believe that GR may need to be modified because it includes singularities (it is an incomplete theory) and also it requires fine-tuning to explain the accelerating expansion of the universe through the cosmological constant. Thus, it is important to check various experiments and observations beyond the above range of scales for possible hints of deviations from the predictions of GR. If such hints are found it is important to understand which classes of modified gravity theories are consistent with them. The goal of this review is to summarize recent progress on these issues. On sub millimeter scales we show an analysis of the data of the Washington experiment searching for modifications of Newton’s Law on sub-millimeter scales and demonstrate that a spatially oscillating signal is hidden in this dataset. We show that even though this signal cannot be explained in the context of standard modified theories (viable scalar tensor and f(R) theories), it is a rather generic prediction of nonlocal gravity theories. On cosmological scales we review recent analyses of Redshift Space Distortion data which measure the growth rate of cosmological perturbations at various redshifts and show that these data are in some tension with the ΛCDM parameter values indicated by Planck/2015 CMB data at about 3σ level. This tension can be reduced by allowing for an evolution of the effective Newton constant that determines the growth rate of cosmological perturbations. We conclude that even though this tension between the data and the predictions of GR could be due to systematic/statistical uncertainties of the data, it could also constitute early hints of a new gravitational theory.

If you use any of the above codes or the figures in a published work please cite the following paper:
Hints of Modified Gravity in Cosmos and in the Lab?
Leandros Perivolaropoulos, Lavrentios Kazantzidis,
Int.J.Mod.Phys.D 28 (2019) 05, 1942001, arxiv:1904.09462.

Any further questions/comments are welcome.